After class, his teacher knew the truth and said to the students, “Dale is a kind boy. He found a cat who got lost and took it to the zoo.” Now all his classmates ________ him and want to make friends with him.

Read the notices on the board and choose the right answers.

A.in the morning B.in the afternoon C.in the evening

5.Which of the following is TRUE?

A.You can get some money from Peter in return if you find the cat.

B.Eric is free on weekends and loves English, so he can be the English teacher.

C.Both John and Andrew have good rooms for girls. 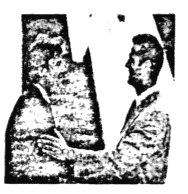 When you are talking about someone, but at that time you can't remember his or her name. What should you do then? Don't worry! In English, you can use other names to replace (代替) their real (真实的) names.

In the US, if you forget someone's name, you can just use the name John Doe for a man or Jane Doe for a woman. For example, "Did you see that boy who was running in the rain?" "Ah, yes, poor John Doe."

People use these names in US courts (法庭). This is to keep the person's identify (身份) a secret (秘密). People use the name so often that there was even a film in 1941 called Meet John Doe.

So next time you forget someone's name, you know what to say.

C.they just want to keep their identify a secret

B.differences in names between the UK and the US

C.the names American and British people use when they forget someone's name 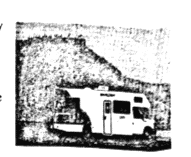 Can you travel with your house? Some people in the US may say "Yes!"

During the holidays, some US families often get into their RVs (房车) and go on a road trip around the country. People call RVs the houses on the wheels (车轮). From a kitchen and bathroom to a bedroom, you can find most ordinary (普通的) rooms here. How cool is that!

These homes on the road are small. But with them, your trip becomes easy. You can drive as long as you like. Or you can just stop somewhere nice and stay there for a few weeks. On the road, you may also meet other traveling families. Together, you take out your tents (帐篷) and snacks. It's happy camping time!

But these moving homes also have their problems. Sometimes they break down on the road and people have to repair (修理) them. But this kind of road trip is still very popular. People can go anywhere, any time.

2.What do we know about RVs?

A.It's difficult to travel in RVs. B.They don't have real wheels. C.A trip with them is easy and relaxing.

B.stopping somewhere beautiful for some weeks

C.camping with other families on the road

4.Which of the following is TRUE according to the passage?

A.People don't like traveling in RVs because it sometimes has problems.

B.The RVs can't go very far because it is too big and heavy.

What will you do during a vacation? Visit famous places, shop or take photos? There is one thing you should never forget to do-send a postcard.

Postcards first appeared (出现) in October 1865 in the UK. By the 20th century (世纪), trains became a cheap and easy way to travel. More people went on holiday to the seaside. There were no cell phones, so they sent postcards to let others know they arrived safely. Those postcards usually showed seaside pictures, such as beaches or some seafood.

Today, most postcards feature (以……为特色) local scenic (风景的) photos or drawings. Others may be funny, with jokes on the front.

People usually write words to express that they miss someone on their postcards. It's common to end with "thinking of you." The most common postcard words are "wish you were here."

2.What was popular on postcards in the beginning?

A.they miss someone B.thinking of you C.wish you were here

Peter was a cute boy. On his first day at school, he learned (学习) three words: I, you and she.

The teacher taught him how to make sentences (造句) with those words. The teacher said, "I am your teacher；(then pointing指着to a girl) she, she is your classmate; you, you are my student."

When Peter went home, his father asked him what he had learned at school. Peter said at once. "I, I am your teacher; (then pointing to his mother) she, she is your classmate; you, you are my student." His father got angry (生气的) and said, "I, I am your father; (then pointing to his wife) she, she is your mother; you, you are my son."

The next morning at school, the teacher asked Peter if (是否) he had learned the three words by heart. "Yes," he said proudly, "I, I am your father; (then pointing to a girl) she, she is your mother; you, you are my son."

1.What words did Peter learn on his first day at school?

2.How many sentences did the teacher teach him?

3.Who asked him a question when Peter got home?

4.How did his father feel when he heard (听到) Peter's sentences?

5.Was Peter really a clever boy?

What do you often do on the weekend (周末)? _______I love sports and I often watch sports games on TV on Sundays. I always feel excited when I watch them. _______我很喜欢和我的朋友们踢足球。 _______I have three soccer balls and many books about soccer. My friend Jack likes sports，too. But he doesn't play soccer. _______他认为对他来说它很难。 He plays basketball. He's good at it. We always have a good time together. _______Doing sports is good for our health and it's a way to make friends.

What about you? How do you spend (度过) your weekend?