From this story we know that nobody can be successful _______ any efforts. (没有)

Long, long ago there lived in Greece a king whose name was Midas. He was a greedy man and loved gold better than anything e1. in the world.

One day he asked the God to give him still more gold. The God decided to p2. him and said: “Very well. In the morning everything that you touch will become gold.” Midas was excited w3. he heard this. “I shall be the richest man in the world,” he said to himself.

He got up early the next morning. When he touched his bed it turned to gold. He began to dress and his c4. became gold. Midas was delighted. The king went to have his b5.. He took a cup of milk, but it immediately turned to gold. Then he took a piece of bread, and that also g6. into gold. Midas now began to feel u7.. It was good to be the richest man in the world, but he was hungry, and he could not eat or drink gold. He went out into the garden.

His little daughter was there. When she saw her f8., she ran up to him. King Midas was very fond of his daughter and he kissed her tenderly. Then and there she turned into a golden statue.

Midas was now s9. and sad. He begged the God to take away the Golden Touch.

The God took away his Golden Touch and everything became n10. again. Midas never forgot this lesson. He knew now that gold did not bring happiness. 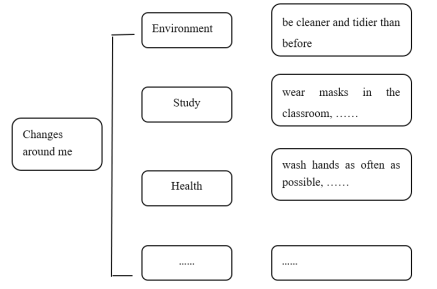 A.I went to the Great Wall.